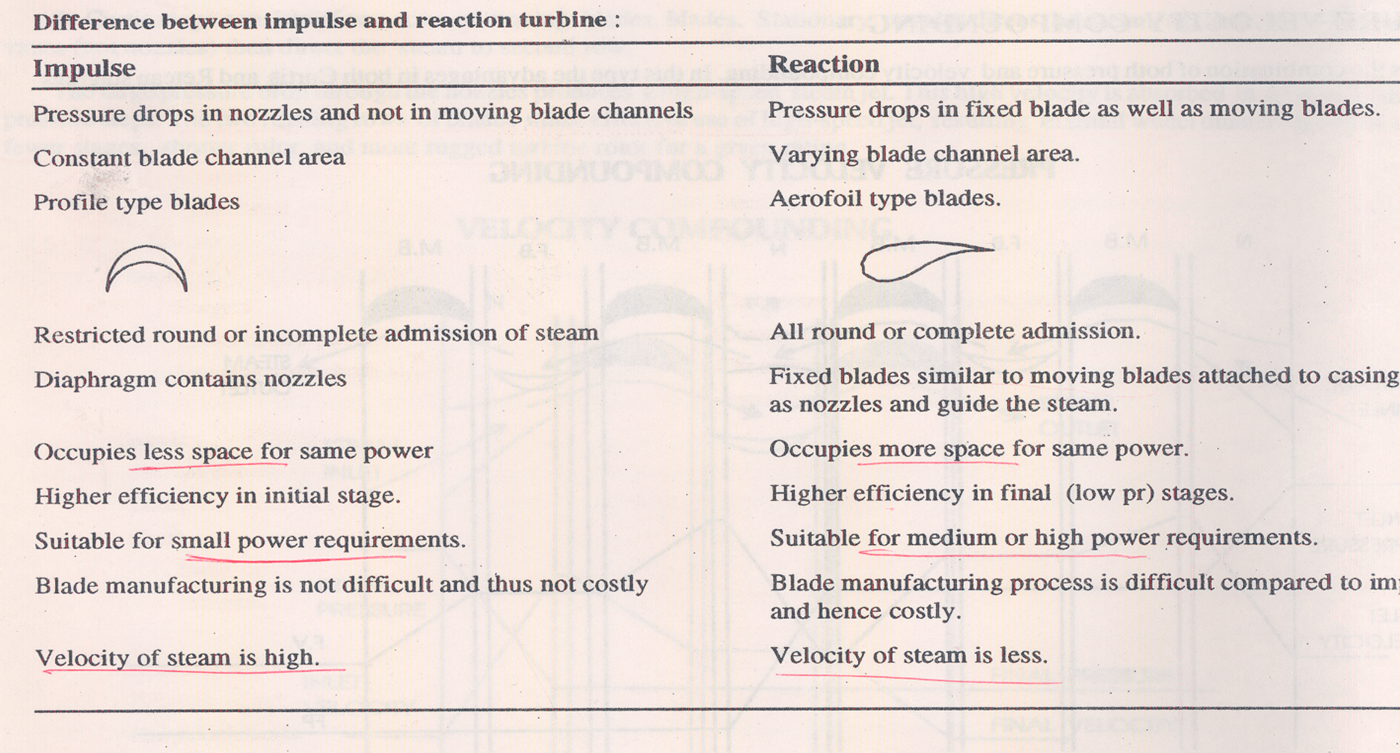 1.) According to the direction of steam flow

1.Axial turbine: in which the steam flows in a direction parallel to the axis of turbine.

2.Radial turbine: in which the steam flows in a direction perpendicular to the axis of the turbine.

2.) According to number of cylinders

3.) According to the method of governing

4.) According to the principle of action of steam

1.Condensing turbines:- Full steam quantities entering into the turbine are exhausted, and converted to condensate in a condenser. The exhaust steam pressure is lower than the atmospheric pressure.

2.condensing with extraction turbines:- Medium or low pressure steam required by the process plant is extracted from the intermediate stage of a condensing or back pressure turbine.

3.Back pressure turbines:- The Exhaust steam from the turbine flows out of the steam piping at medium or low pressure. Basically, the exhaust steam can be used effectively in any other machines or equipment in the plant.

6.) According to the steam inlet conditions

2.Medium pressure turbines (up to 40 ata)

7.) According to the steam inlet conditions

A.) Definition of Impulse and Reaction Turbine

IMPULSE TURBINE =   In a stage of Impulse turbine the pressure/ Enthalpy drop takes place only in Fixed blades and not in the moving blades. 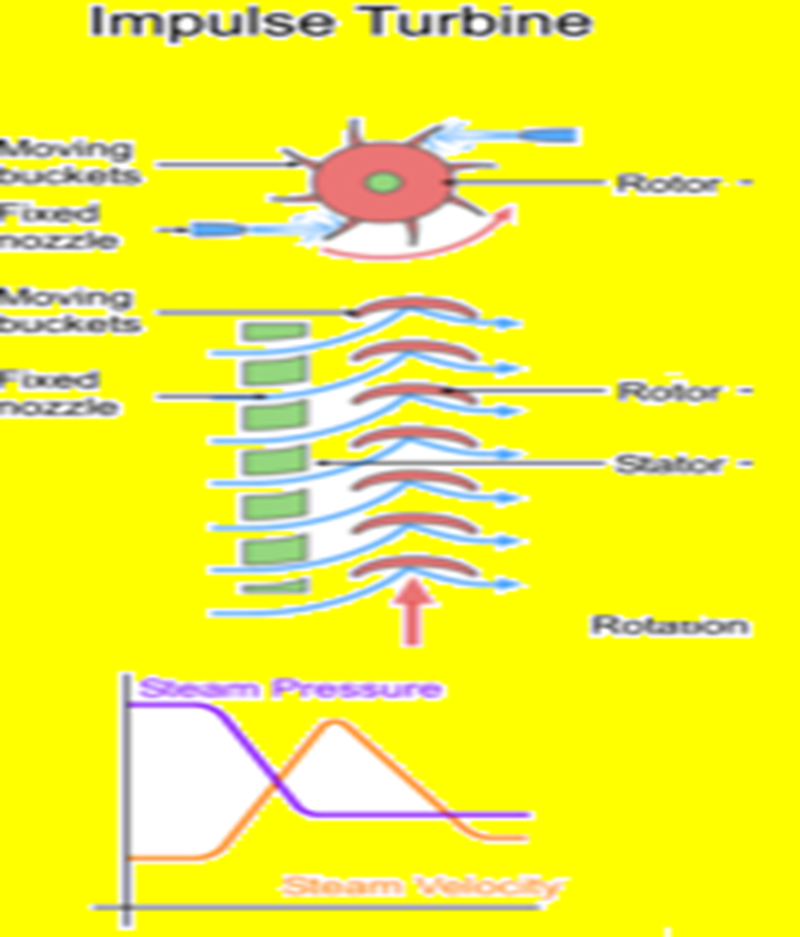 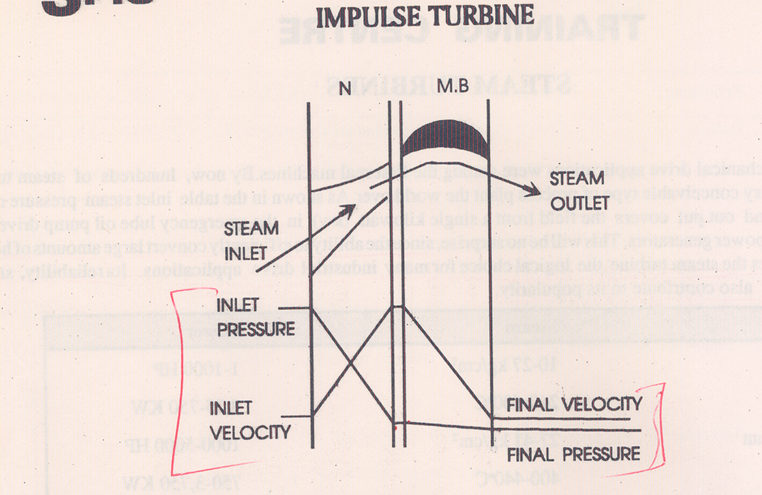 REACTION TURBINE  =  In a stage of Reaction Turbine the Pressure/enthalpy drop takes place in both the fixed and moving blades.

In the reaction turbine, the rotor blades themselves are arranged to form convergent nozzles. This type of turbine makes use of the reaction force produced as the steam accelerates through the nozzles formed by the rotor. 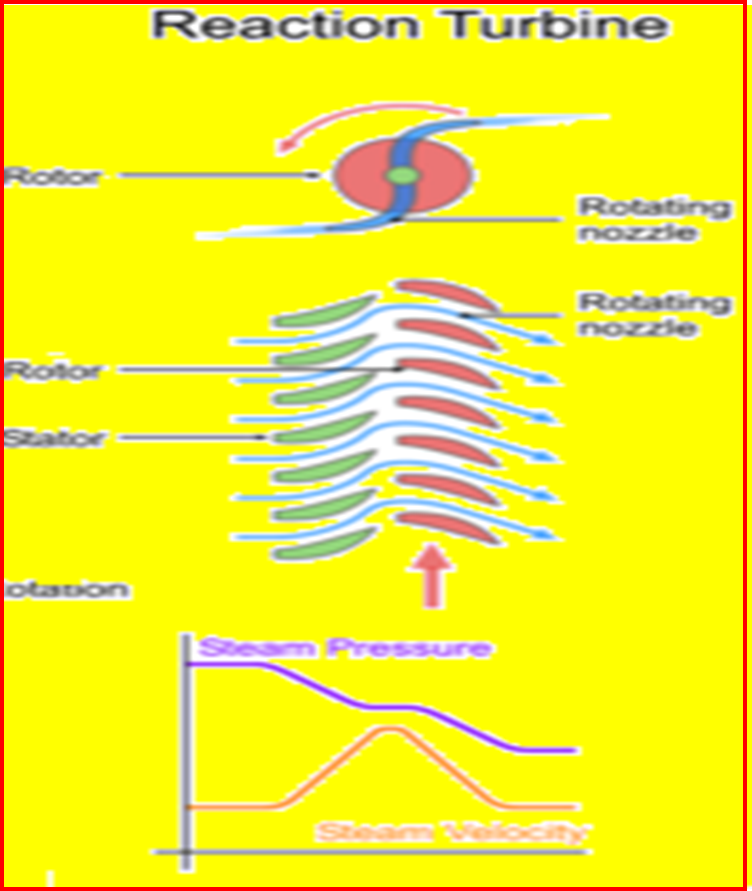 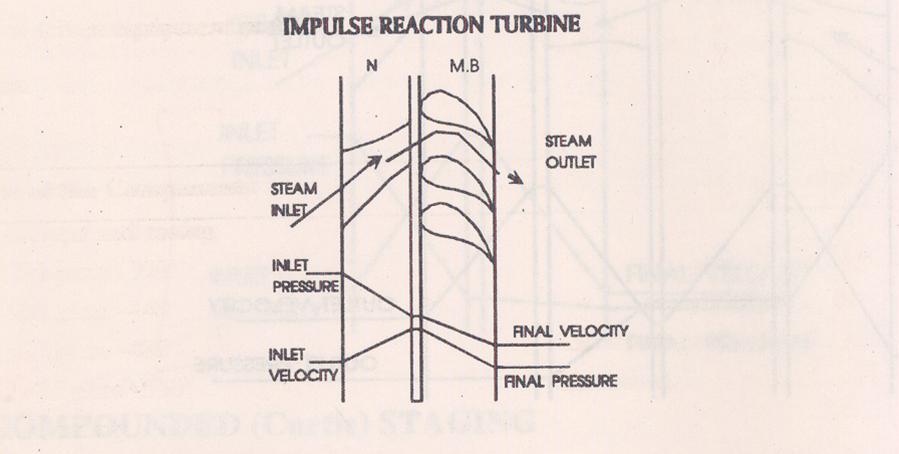 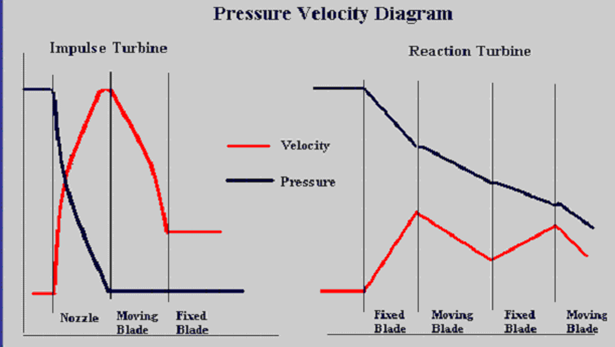