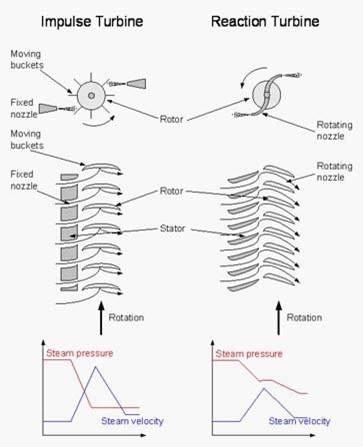 There are two main types

The basic idea of an impulse turbine is that a jet of steam from a fixed nozzle pushes against the rotor blades and impels them forward.

The turbine consists of a single rotor to which impulse blades are attached.

The steam is fed through one or several convergent nozzles.

If high velocity of steam is allowed to flow through one row of moving blades.

It produces a rotor speed of about 30000 rpm which is too high for practical use.

  In impulse the steam is expanded in fixed nozzles. The high velocity steam issuing from the nozzles does work on moving blades which causes the shaft to rotate. 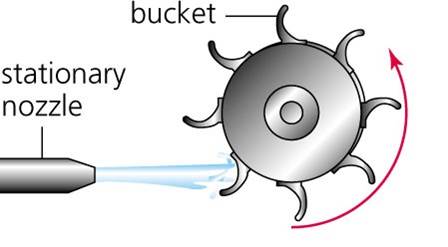 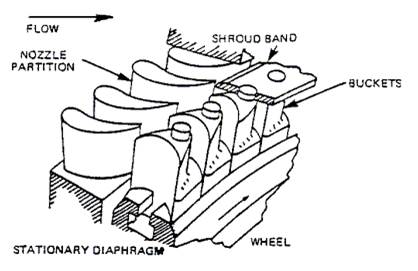 A reaction turbine utilizes a jet of steam that flows from a nozzle on the rotor.

 Actually, the steam is directed into the moving blades by fixed blades designed to expand the steam.

The result is a small increase in velocity over that of the moving blades.

Difference Between Impulse and Reaction Turbine 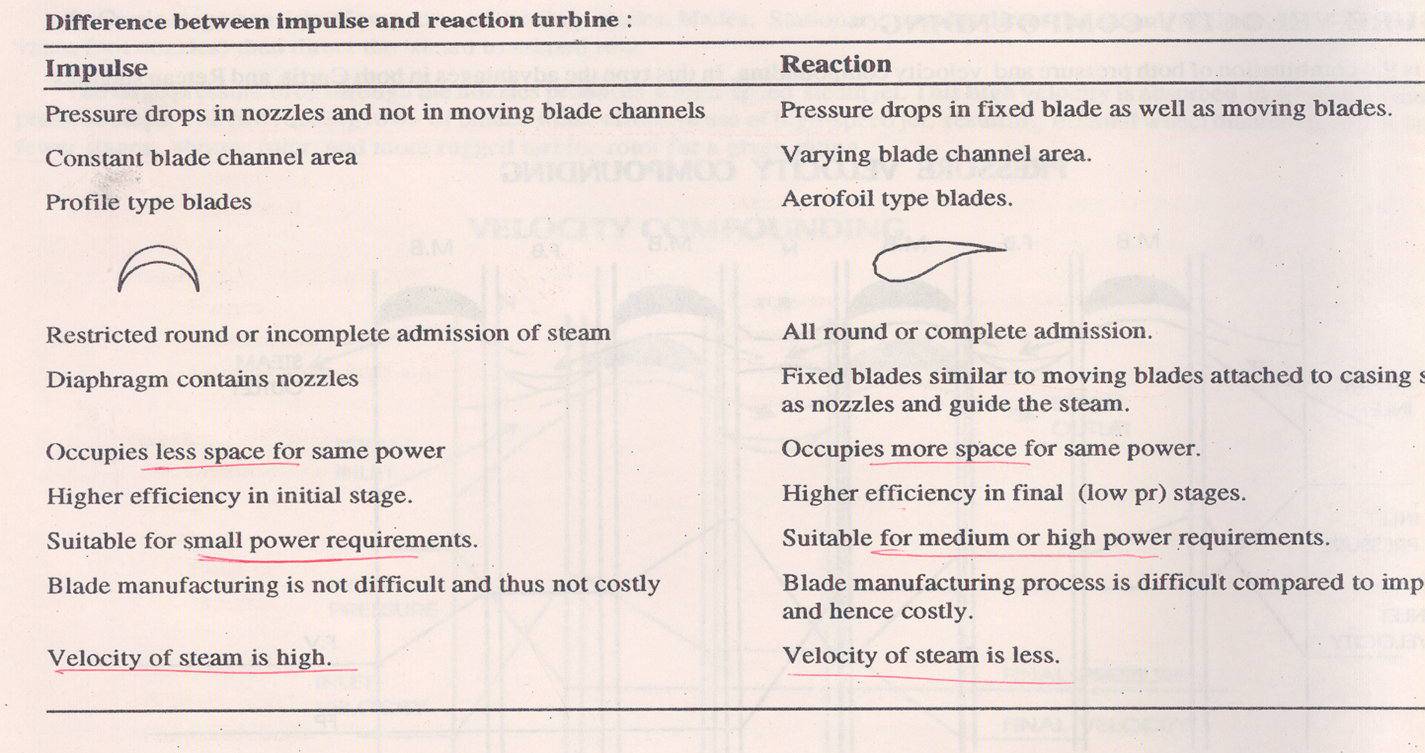 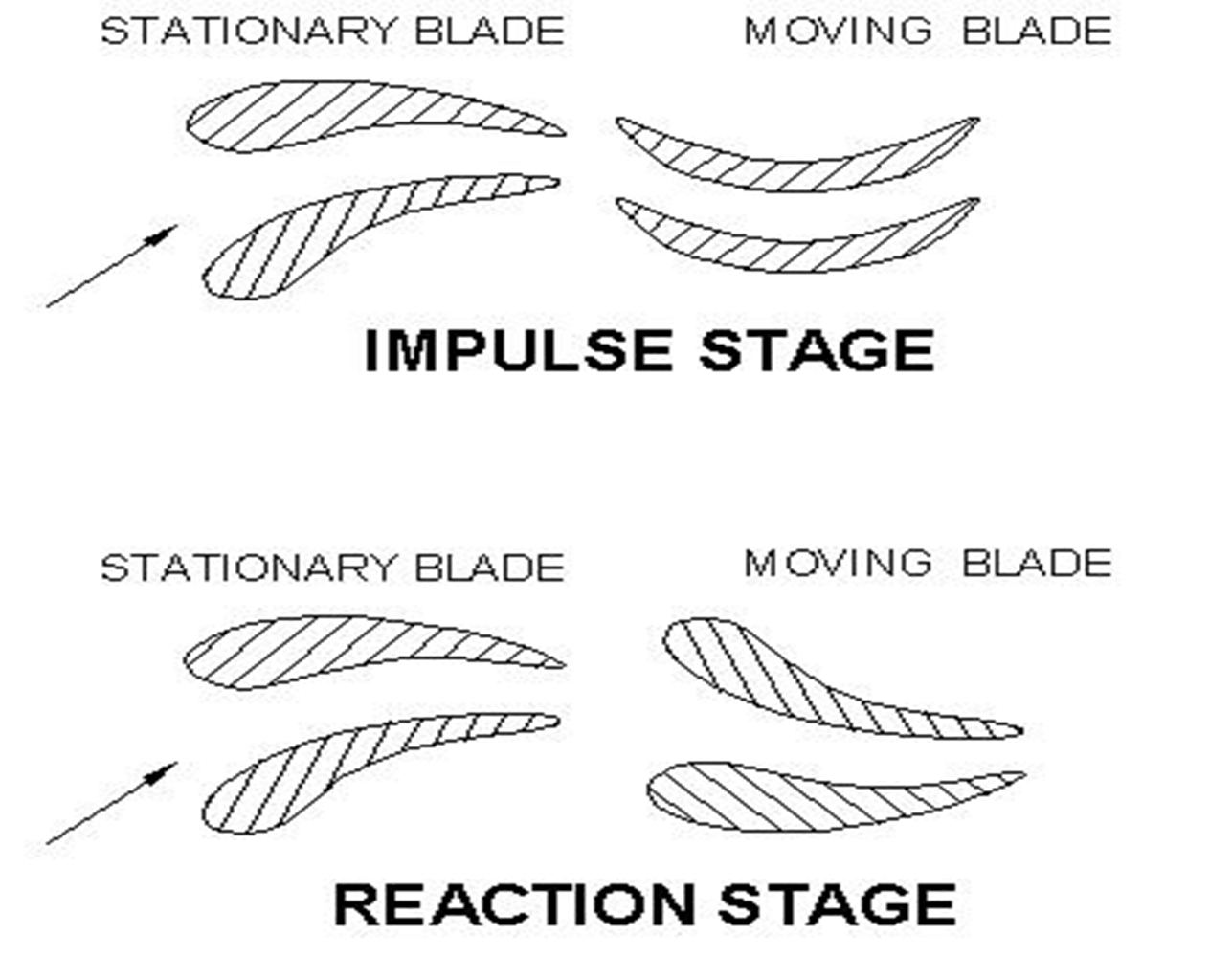