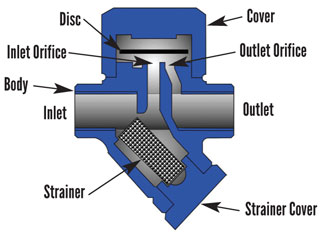 1.) Def: It is a valve Device that discharges condensate and air from the steam lines without discharging the steam.

In order to obtain the fast heating of the product and equipment. 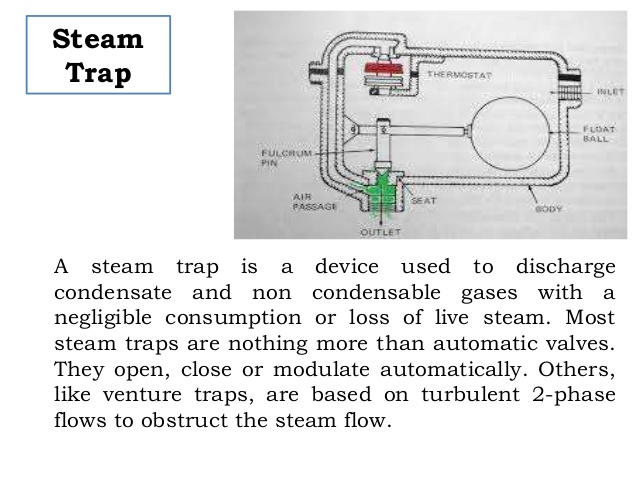 Discharge condensate as soon it is formed.

Does not allow steam to escape.

Must discharge air and other incondensable gases

It is operated by changes in fluid density.

It is operated by the changes in fluid Dynamics.

It is operated by changes in fluid Temperature. 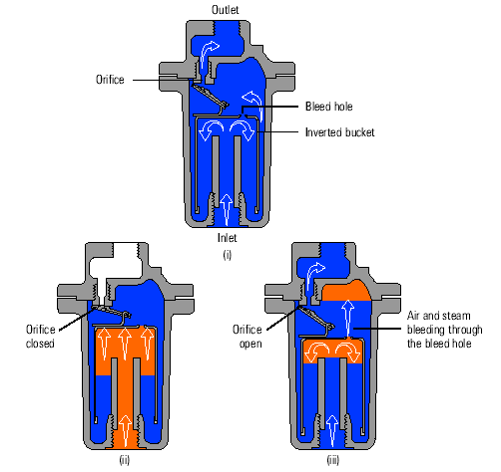 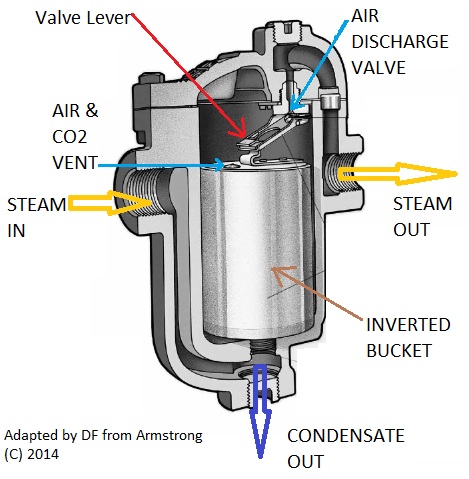 Safer because failure mode is open

Can be damaged by freezing 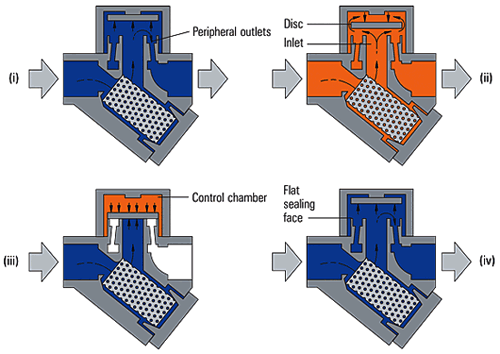 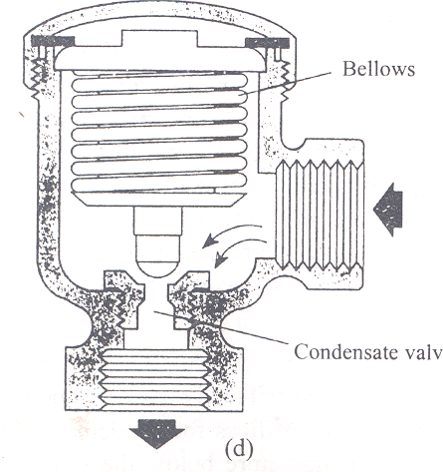 4.) Points to be kept in mind while installing Steam Traps

Condensate picked up by moving steam

Can occur in rotating machinery

Important for system warm up and operation 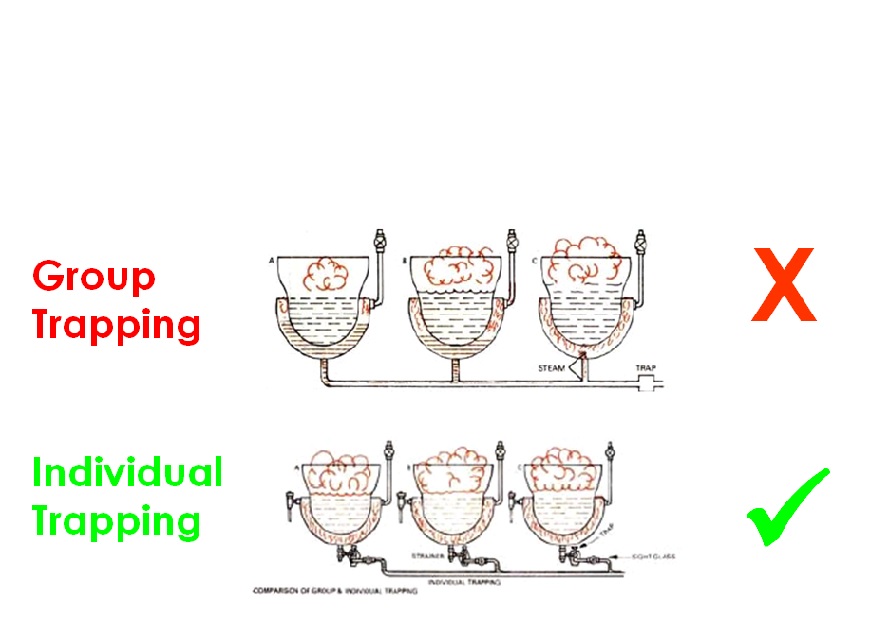 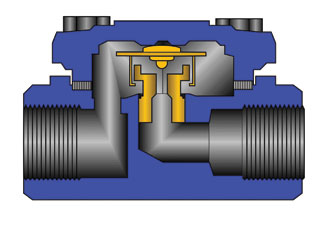 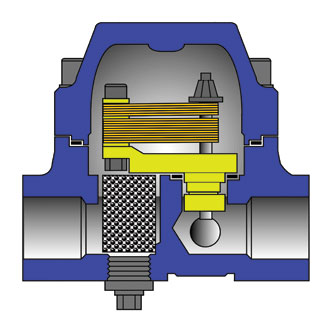 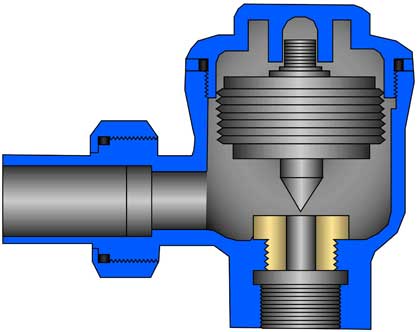 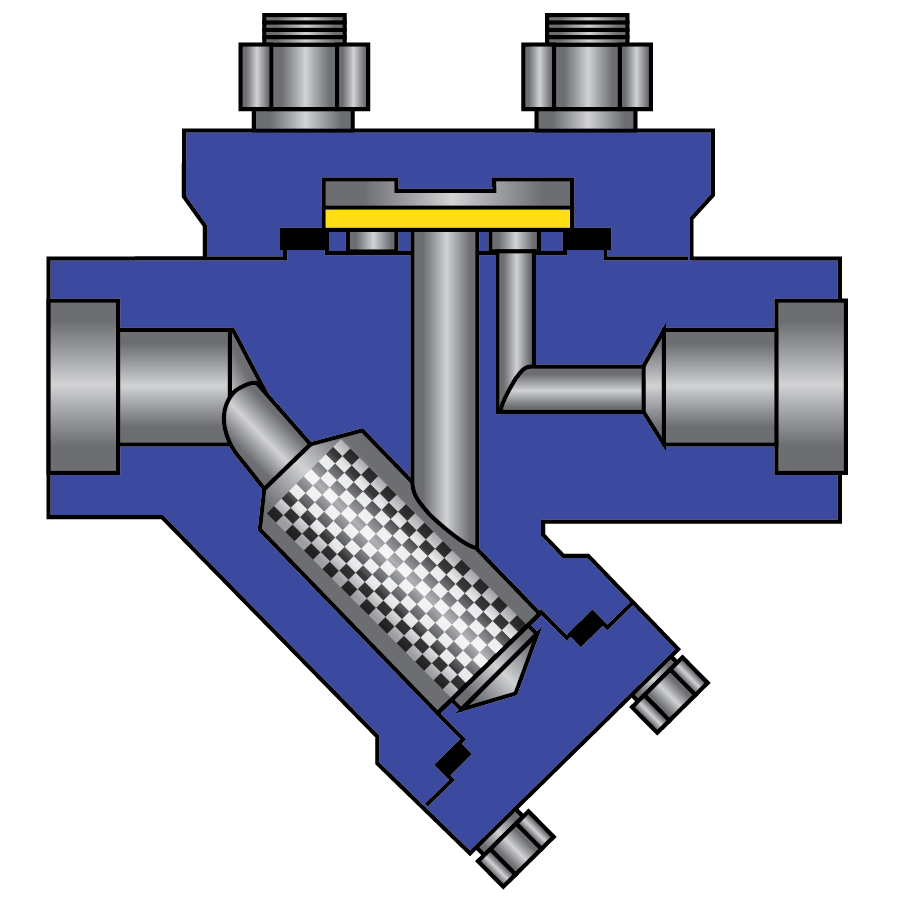 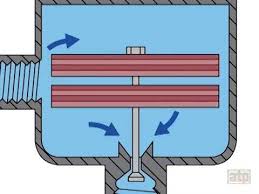 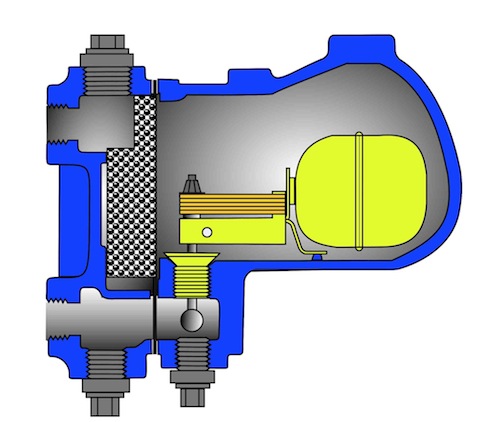 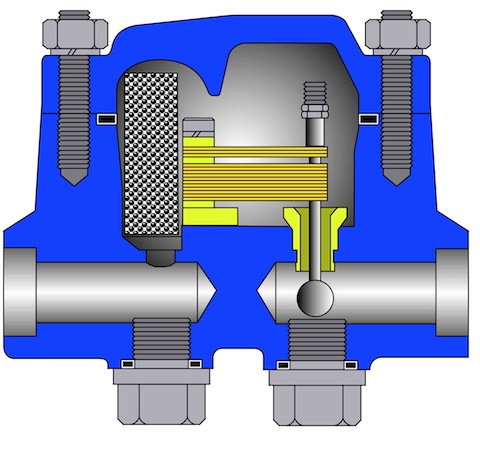 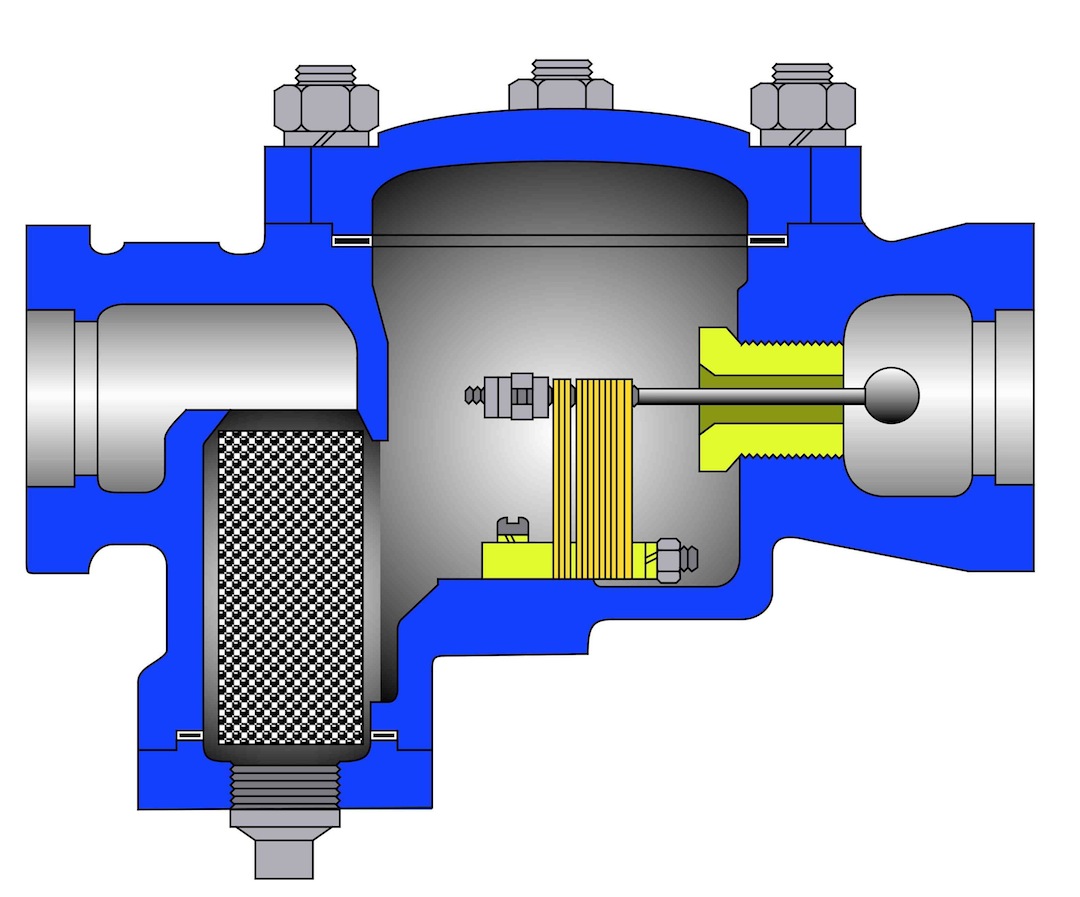