Main Technique are SCR and SNCR

A-1. Difference Between the SCR and SNCR

SCR is a process where a reductant, most often ammonia, is added to the flue. The reductant then reacts with the NOx in the emissions and forms H2O and N2 (ambient nitrogen). This process may take place at anywhere between 500°F and 1200°F depending on the catalyst used. SCR may reduce NOx emissions by up to 90%. SCRs are mainly used in large industrial and utility boilers. 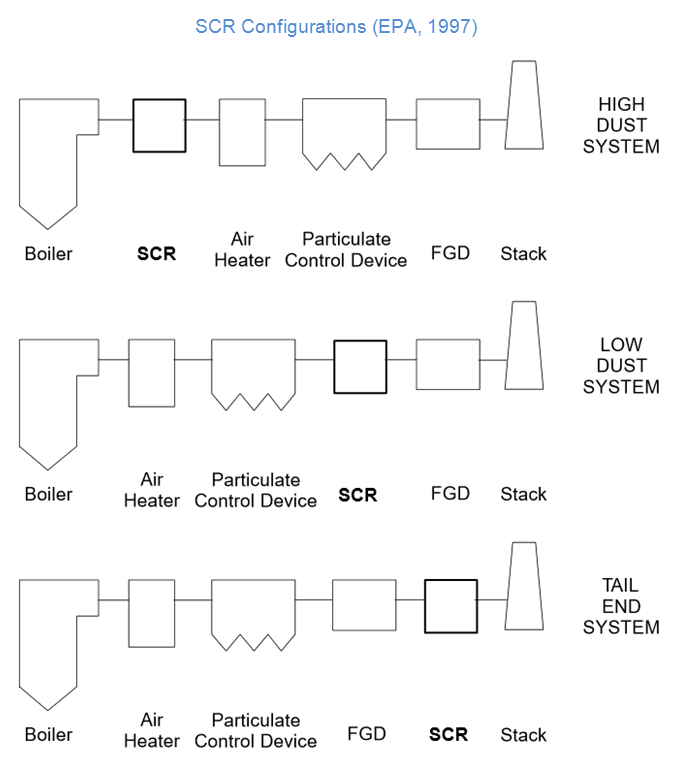 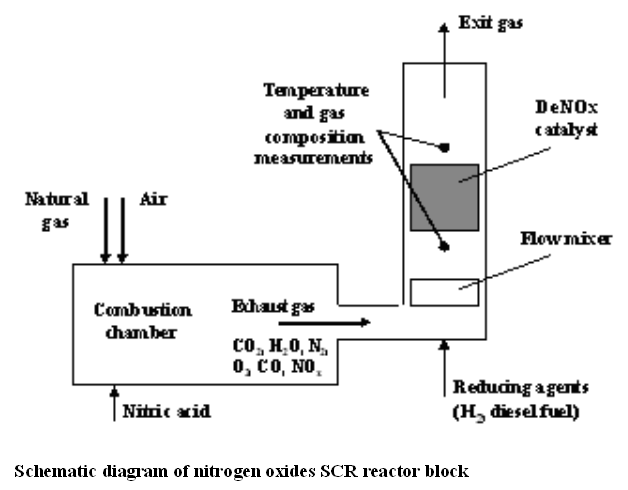 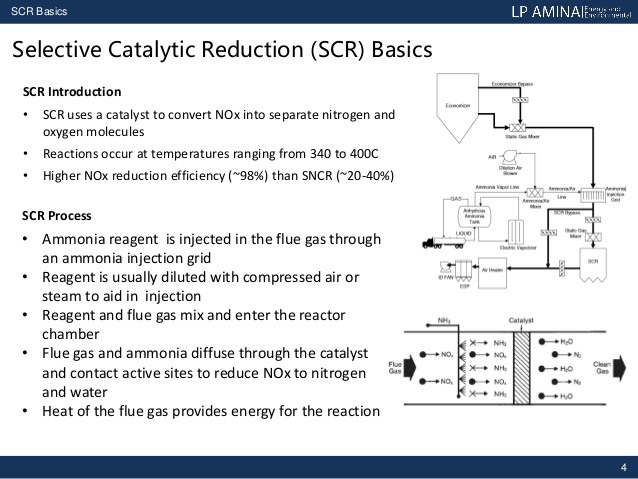 With selective catalytic reduction (SCR) systems, flue gas is first treated with a reactant, which oxidizes it, and then is absorbed into a catalyst. These catalysts are manufactured from various ceramic materials, which are used as carriers, and active catalytic components that are either oxides of base metals, like vanadium or tungsten, zeolites or precious metals. Naturally, each catalyst component that makes up an individual catalyst has its advantages and disadvantages, so component selection is often tailored to the nature of each facility and mix of gases that will be absorbed. Commercial SCR systems generally reduce the level of NOx by 70 to 95 percent and can be found on large utility boilers, industrial boilers and municipal solid waste boilers.

These systems have their limitations. SCR systems have been documented as sensitive to contamination and plugging during normal, and abnormal, operations. The pores of the catalyst are easily plugged by a variety of compounds present in ordinary flue gas and certain pollutants can render the system ineffective at NOx reduction, or cause oxidation of ammonia present (forming more NOx). They require tuning to perform properly, which can be time consuming and cost restrictive and have a period during their start-up cycles where exhaust temperatures are too cool for NOx reduction to occur. This can lead to unchecked emissions and fines from government offices.

SNCR is a process that involves a reductant, usually urea, being added to the top of the furnace and going through a very long reaction at approximately 1400-1600 °F. This method is more difficult to apply to boilers due to the specific temperature needs, but it can reduce NOx emissions by 70%. 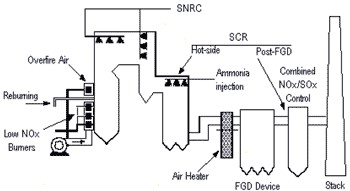 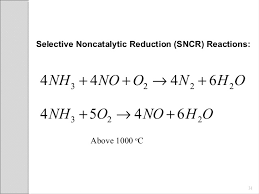 In selective non-catalytic reduction (SNCR) systems, a reagent is injected into the furnace to react with the heated flue gas and convert the present NOx into nitrogen and water, which can then be captured and stored. Though in theory SNCR systems can achieve roughly 90 percent removal rates, practical constraints like required minimum temperatures, time and mixing often lead to results ranging from 30 to 50 percent. Though SCR systems have been documented as more effective in NOx removal, SNCR systems are often favored due to their lowers cost since they do not use a catalyst.

A typical SNCR system consists of reagent storage, multi-level reagent-injection and control instrumentation equipment. The SNCR reagent storage and handling systems are similar to those for SCR systems, but because of the higher stoichiometric ratios, both ammonia and urea SNCR processes require three or four times as much reagent as SCR systems to achieve competitive NOx reductions.