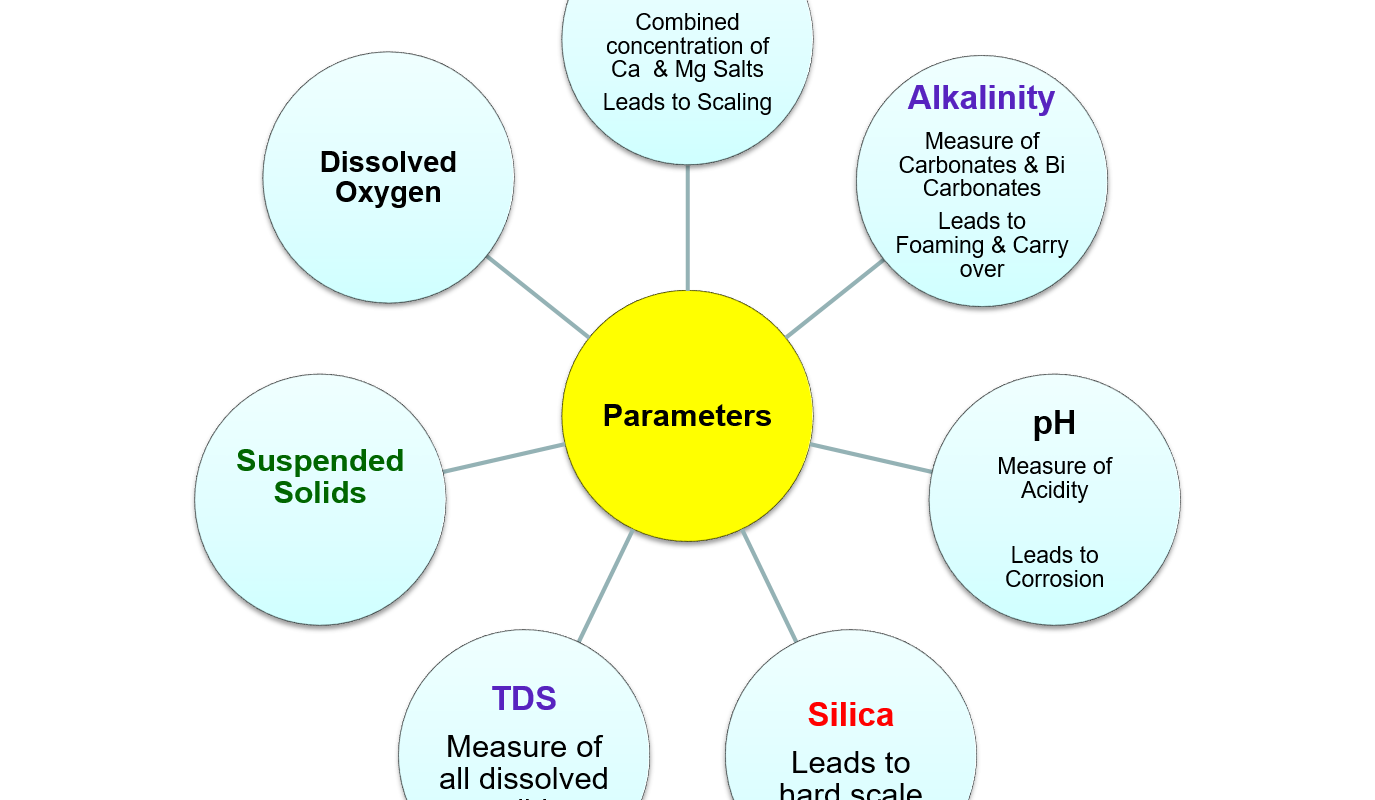 If there is a difference exists between operating value and target value, then decreasing or increasing blow down and adjusting chemical dosages will be done. 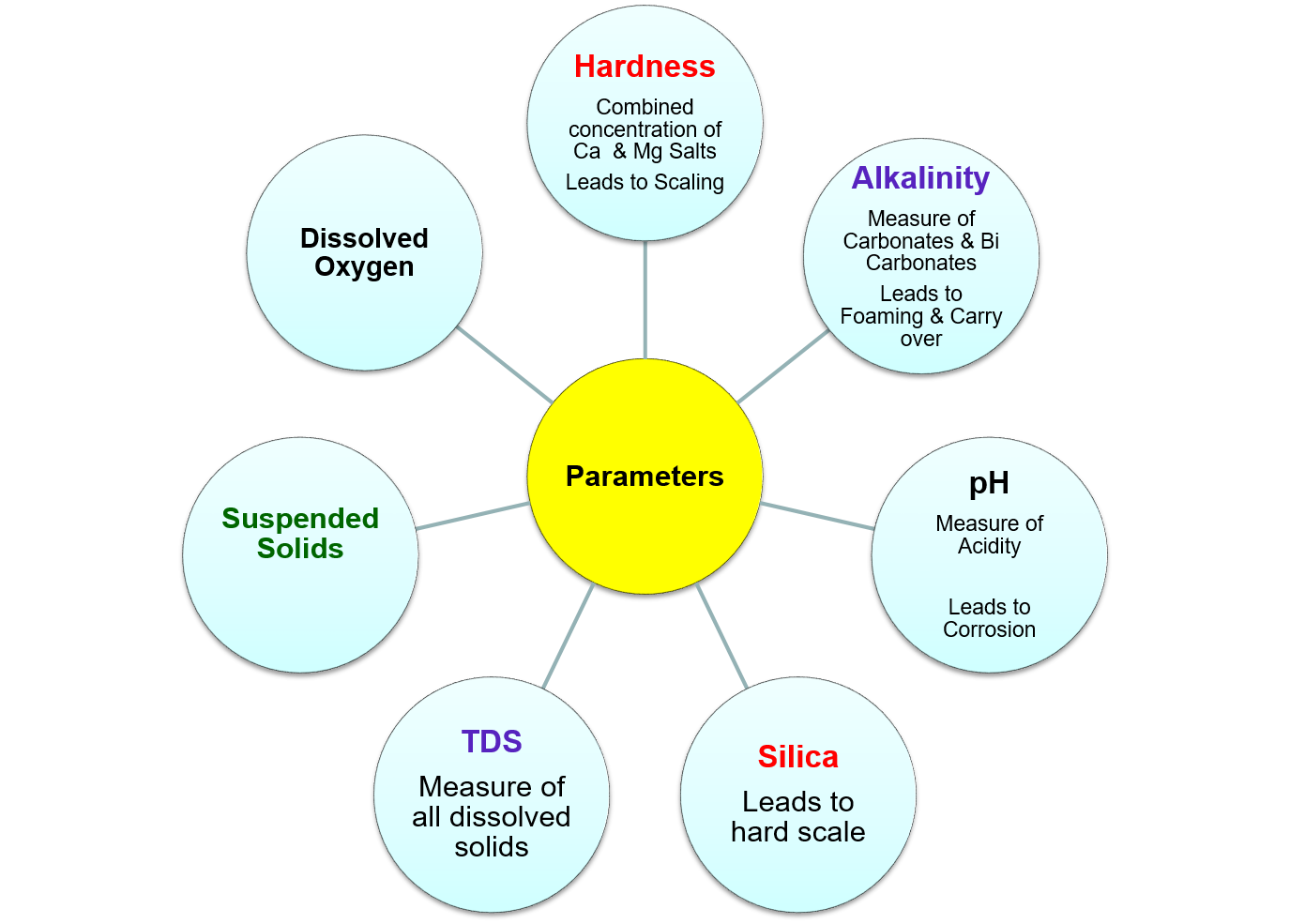 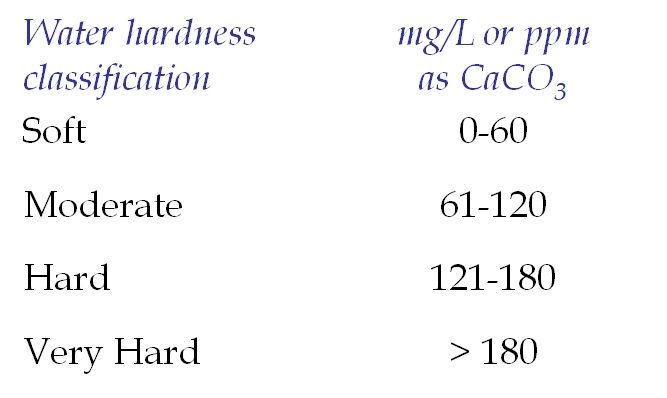 –Anions such as carbonates, chlorides, sulphates, and nitrates (primarily in ground water), and