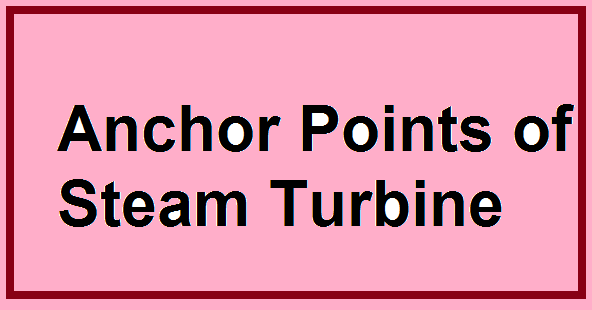 1.) Purpose of Anchor Point:-  Taking care of thermal expansions and contractions of the machine during thermal cycling.

The fixed points of the turbine are as follows:

Total Expansion of Turbine can be calculated which is appx. Equal to LαΔT